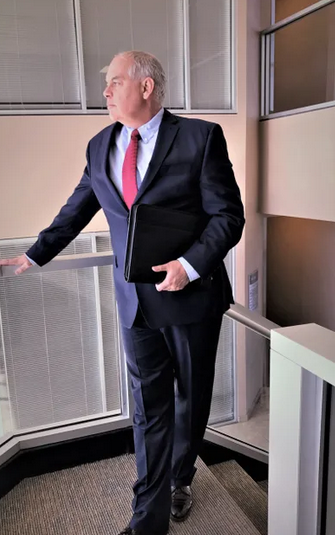 Attorney Charles W. Bennett grew up in Northeastern Ohio. He graduated with a B.A. in Finance from the Ohio State University where he was a competitive swimmer for the university. He earned his Juris Doctorate from the Thomas Cooley School of Law in Michigan in 1998.

Mr. Bennett served as Assistant County Prosecutor for Erie County, Ohio for two years prior to entering private practice in Cleveland where he specialized in Personal Injury Law. After becoming a member of the New Mexico Bar in 2006, he served as Assistant District Attorney for the First Judicial District in Santa Fe where he was Managing Attorney for the DUI Division. Since 2007, Mr. Bennett has been in private practice in New Mexico where he continues to specialize in Personal Injury Law.

Mr. Bennett is a frequently invited Panelist for the New Mexico Medical Review Board which evaluates medical malpractice claims prior to litigation. He has also been an invited speaker at Continuing Legal Education conferences on various topics regarding Personal Injury Law.

He has recently been honored as one of America’s Top Lawyers for 2017 by the American Law Society. He is also a lifetime member of The Million Dollar Advocates Forum which distinguishes lawyers who have achieved trial verdicts, awards or settlements of One Million Dollars or more.

Mr. Bennett resides in Placitas with his family where he enjoys the many outdoor activities that New Mexico offers.